What is SMO? Create a Social Media Strategy

Social media optimization (SMO) is the method of growing social media recognition of a product, brand, or event. SMO includes analyzing the content that will most likely resonate with an account’s followers, such as graphics, text, hashtags, and links.

Search Engine Optimization (SEO) is usually the first step. This is the process of generating content that has been tailored for a particular collection of keywords that your target audience is searching for.

SMO is what happens to the content after it’s made, and it’s not easy. If you want to be popular on social media and have your content read, clicked, and posted, you must put in the same effort as every other job. Continue reading to get the best out of your social media efforts.

What is the best way to optimize social media content?

Social media managers typically begin by determining what their fans are looking for and where they are looking for it in order to decide what form of content is better suited for their audience. This also involves investigating which social media sites have the best opportunities for communicating with their ideal customers. Social networks such as Facebook, Instagram, Twitter, LinkedIn, Snapchat, YouTube, and Pinterest each cater to a specific group of users, so tailoring content accordingly is an important part of social media optimization.

Identifying hashtags that will increase the probability of a user seeing a particular piece of content is an important part of social media optimization, particularly on hashtag-driven networks like Instagram and Twitter. A car repair shop, for example, will study trending hashtags related to the automotive service industry and strategically use them to get their content in front of their intended audience.

Most networks have rules on what kind of content can be shared. They specify the aspect ratio(s) of images/videos, as well as character limits for text and the number of hashtags, images, and links that can be included in a single message. Both of these requirements must be taken into account when designing a social media optimization plan. Social media management tools such as Hootsuite, Buffer, and Later are useful for organizing and planning content based on the needs of each network.

In comparison to social media marketing (SMM), which focuses on paid ads on social networks, social media optimization focuses on organic (non-paid) content. However, the two principles are inextricably connected because they both influence the overall success of a social media account as well as the bottom line of a company.

This is essentially determined by the algorithm of each search engine. When assessing overall search results, these algorithms also consider how a website’s links perform on social media, so a website’s SMO strategy is also an important tool for SEO.

Let’s go through the essentials of SMO in short sentences.

Take out your editorial style guide and highlight something that could relate to social media. For example, don’t only look at how you capitalize terms, but also how you deal with competitors. Some brands are happy to retweet and comment on their competitors’ Tweets, or to share a similar post from a small blogger, as a way to create brand loyalty and promote mutual sharing. And some people aren’t having it.

CoSchedule is a method that we like. It’s a WordPress plugin that lets you schedule social media directly in WordPress, on the same page as the post. Haven Social, which is operated by CoSchedule, is available to Mequoda customers. Hootsuite is another great choice for companies because it provides reporting and allows you to delegate various roles to team members.

As you might be aware, the Internet era has transformed editors into advertisers who are accountable for their content. This also refers to social media. Unless you are a major publisher and can afford a team of social media experts, the editors will most likely be in charge of your social media. First and foremost, they are the most knowledgeable about the subject matter; secondly, they are also grammar savvy and are unlikely to make any mistakes.

However, if you have an online marketing team, they can have stable employment in social media. For example, maybe your Managing Editor just writes the Tweets, and your marketing team is in charge of editing them, scheduling them, sending out promotional Tweets, and creating your brand beyond content marketing.

Or even your Managing Editor manages everything. In any case, use this step to decide who does what, especially who clicks the “submit” and “schedule” buttons. If you have the budget, it is worthwhile to employ a social media expert to maximize the effectiveness of your social media activities.

What is SMO if not structured? You’ve probably found out by now that we’re major fans of the 12x12x12 process. Create twelve distinct Tweets for each message. They should be planned for 12 days. Then plan them for a year. Your article will be advertised for an entire year, and you just need to do it once. Create two distinct posts for each of Facebook, LinkedIn, Pinterest, and Instagram. Schedule it for the first day, and every six months.

Make a series of posts that aren’t commercial in nature

What else are you planning to write as part of your SMO strategy? People, for example, often share old magazine covers on #ThrowbackThursdays. Celebrities solicits ideas for potential problems from their Facebook followers.

Be imaginative and create a collection of photos to share that will elicit feedback, likes, and more shares. These are the essentials for rising the Facebook visibility.

Make a decision on what to do with premium content

A metered paywall works hand-in-hand with social media. With a metered paywall, you can advertise all of your premium content without annoying customers, and they’ll get access…until they don’t.

However, hitting your paywall after their credits have expired will remind them how frequently they want to read your content, and a percentage of those social media users will eventually turn to paying subscribers.

Advertising is another application for social media. Publishers are starting to provide collections of social media posts or co-sponsored posts as part of their ad packages. If you do this, keep in mind that advertorial rules still apply, and you must use the hashtags #ad or #sponsored in your post or make it clearly clear that the post was paid for.

When you’ve worked out all of the above, it’s time to build your social media schedule. This will be your structure, and it will resemble the combination of your editorial and email calendars.

Create this calendar to help the editorial and marketing teams succeed. It will serve as a kind of checklist for them, letting them know exactly what is going out and when. When it comes to social media, there are a lot of balls in the air at all times, so structure will make it a more enjoyable experience. One in which the editors and advertisers look forward to making social posts that get clicked, rather than just trying to get social off their plate so they can focus on other things.

In reality, follow this entire list in order to set your team up for success. Social media optimization is given a bad rap for being easy, which is a farce to anyone who has done it. It’s only easy if you’re doing it incorrectly. Instead, do it correctly. 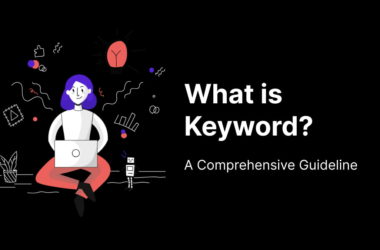 What is Keyword – A Comprehensive Guideline

Table of Contents Hide What is the importance of keywords?What is the Aim of Choosing a Keyword?How do… 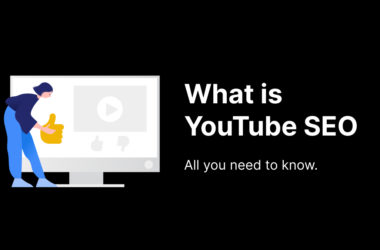 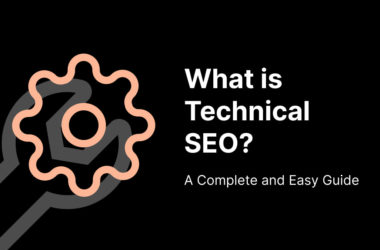 Table of Contents Hide List of Best Practices for Higher RankingsEnsure the important content is crawlable and indexable.Make…